I currently run my own book blog, Rai29BookReadNReview, where I review a variety of different genres, including YA! 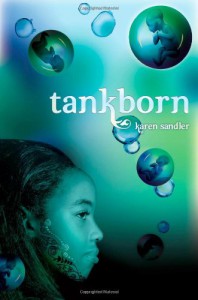 Best friends Kayla and Mishalla know they will be separated when the time comes for their Assignments. They are GENs, Genetically Engineered Non-humans, and in their strict caste system, GENs are at the bottom rung of society. High-status trueborns and working-class lowborns, born naturally of a mother, are free to choose their own lives. But GENs are gestated in a tank, sequestered in slums, and sent to work as slaves as soon as they reach age fifteen.
When Kayla is Assigned to care for Zul Manel, the patriarch of a trueborn family, she finds a host of secrets and surprises—not least of which is her unexpected friendship with Zul's great-grandson. Meanwhile, the children that Mishalla is Assigned to care for are being stolen in the middle of the night. With the help of an intriguing lowborn boy, Mishalla begins to suspect that something horrible is happening to them.

After being declined over and over again by Netgalley, I finally received Tankborn three days before its release date. I was really looking forward to reading it, but by the end of the first chapter sadly I found it quite a chore to read. It finally picked up when I was about thirty-five to forty percent into it, (I think this was mainly due to the system of GEN's,trueborns and lowborns being explained though). Despite the slow start, overall I enjoyed this book quite a lot!
My favourite characters were Kayla and Mishalla. Kayla because of her inner strength, her need to protect & put others before herself and generally because of her determined nature. And Mishalla because of her protective and nurturing disposition.
I think the cover suits the tale within perfectly and is beautiful as well! 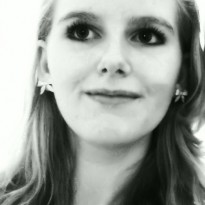